NEW YORK (Reuters) – Jeffrey Gundlach, chief executive of Doubleline Capital, on Thursday said the 30-year U.S. Treasury bond yield has broken above a multiyear base, which should lead to significantly higher yields for financial markets. 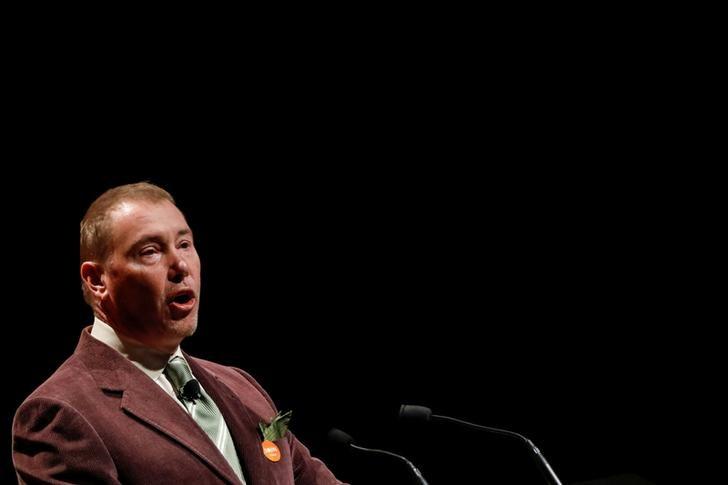 “As I have been saying, two consecutive closes above 3.25 percent on the benchmark 30-year Treasury means that my statement in July 2016 that we were seeing the low – I said italicized, underlined and in boldface – is now, looking at the charts, thoroughly corroborated,” Gundlach told Reuters.

On Thursday, the 30-year Treasury note closed at 3.35 percent, compared with 3.34 percent on Wednesday.

“The last man standing was the 30-year, and it has definitively broken above a multiyear base that should over time carry us to significantly higher yields,” Gundlach said. “Also, the curve is steepening a little in this breakout, which is another sign that the situation has changed.”

Gundlach, who manages $123 billion, said the stock market in the United States “has started to take notice, and will continue to, particularly if the speed at which rates rise becomes alarming.”

Gundlach noted that stocks outside the United States are already down significantly from the Jan. 26, 2018, synchronized high, “which will go down in history as the peak for the global stock market for this cycle.”

Tesla short-sellers back in force as shares remain shaky