Home » Dogecoin price: Why is Dogecoin going down? DOGE creator warns ‘nothing is guaranteed’

The DOGE army has retreated and Dogecoin is down by more than 15 percent according to the latest Coindesk data at 3.33pm BST. Despite best efforts to push the virtual token over the magical £0.072 ($1) line on “Dogeday”, DOGE has been trending downwards since Tuesday. Online memesters and DOGE holders rallied on Twitter this week, aiming to turn April 20 – a reference to cannabis smoking – into an opportunity for the token to moon or skyrocket.

Although the rally was originally conceived as a joke, many were hoping a concentrated rally of traders could push the price upwards.

Instead, Dogecoin prices have slumped to levels seen around the start of the week. 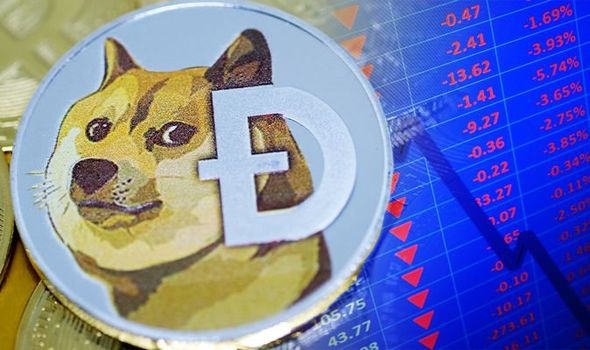 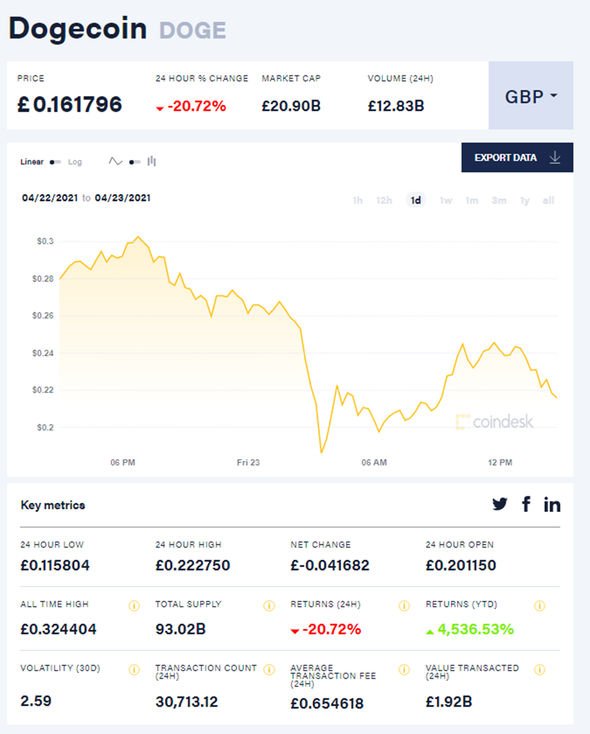 Despite the losses, early Dogecoin holders have experienced great profits this year.

At its present price, the token is already bringing in annual returns of more than 6,000 percent.

And DOGE owners seem undeterred by the swings, aiming to hit the £0.72 ($1) target before the year is over.

After trading for fractions of a penny for eight years straight, not many predicted DOGE would hit £0.072 ($0.10) per token earlier this month.

But with mainstream support and endorsements from the likes of SpaceX chief Elon Musk, Dogecoin hit the spotlight as the most talked-about cryptocurrency of the month.

Why is Dogecoin going down?

There is no way of knowing why Dogecoin has slumped after what was meant to be a day of fervent buying and trading.

A look at the bigger picture shows Dogecoin prices took a turn for worse over the weekend before rallying again Monday.

DOGE is not immune to the intense volatility of the crypto market, which sees massive gains as often as it sees massive losses.

Some analysts have warned against taking a bet on DOGE, predicting the hype surrounding the memecoin would not sustain the period of growth indefinitely.

Experts have told Express.co.uk DOGE was stuck in a bubble that was waiting to burst. 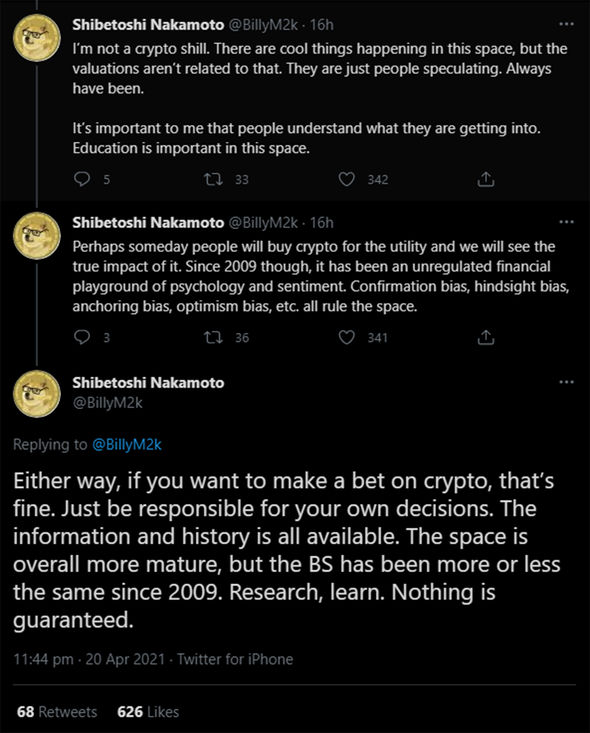 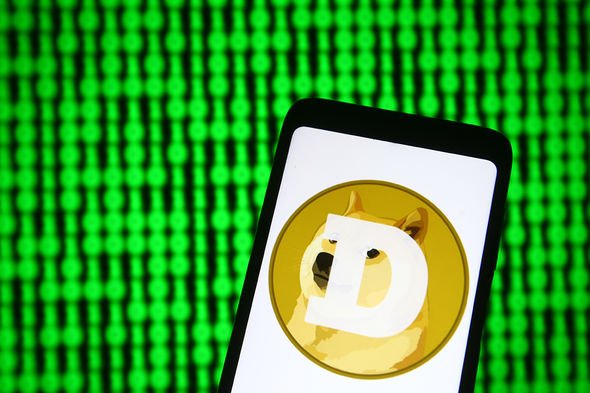 Billy Markus, who created Dogecoin with Jackson Palmer in 2013, has been paying close attention to the Dogeday rally.

In a Twitter thread on Tuesday he told his followers he would very much like to see DOGE do well but the token’s valuations are pure speculation.

He said: “I’m not a crypto shill. There are cool things happening in this space, but the valuations aren’t related to that.

“They are just people speculating. Always have been.

“It’s important to me that people understand what they are getting into. Education is important in this space.”

In another tweet, he added: “Either way, if you want to make a bet on crypto, that’s fine. Just be responsible for your own decisions.

“The information and history is all available. The space is overall more mature, but the BS has been more or less the same since 2009.

“Research, learn. Nothing is guaranteed.”

But the token is still up more than 6,000 percent on last year so DOGE holders have not given up on the token.

Twitter and Dogecoin’s dedicated subreddit are still chockfull of memes calling on people to hold.

If you are considering investing into cryptocurrencies, keep in mind there is no guarantee you will make your money back.

The Financial Conduct Authority’s (FCA) official position on cryptocurrencies is they are high risk and speculative investment.

The FCA said: “If you invest in cryptoassets, you should be prepared to lose all your money.”