Decade on, Jaypee Infratech customers still waiting for a home 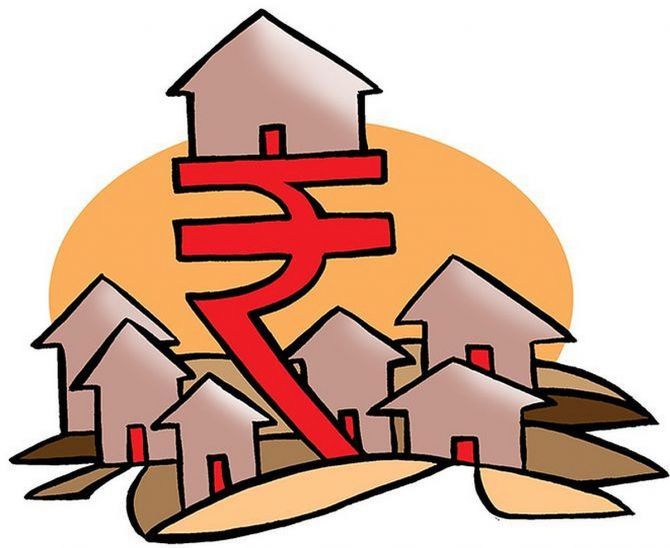 Since Ishwar Kewalramani booked an apartment in a Jaypee Infratech project in August 2010, he has moved house from south Delhi to a rented apartment in Gurgaon, turned 60, and seen his son grow from a student to a professional.

Amid all this flux, only one thing has remained constant: his yearning for a home.

There are at least 20,000 other Kewalramanis out there.

Supreme Court documents show that, till last March, Jaypee had issued 7,997 offers of possession to homebuyers while executing only 6,530 sub-lease deeds.

These deeds offer homebuyers possession rights but, unlike registration, does not guarantee absolute ownership.

With the pandemic halting construction last year, the number of finished units has remained the same.

Estimates by real estate analyst firm PropEquity suggest that the stalled Jaypee projects are one of the biggest causes behind the huge pile up of inventory in the National Capital Region.

In the mid-2000s, during a real estate boom in Noida, Jaypee, which has built the Yamuna Expressway and the Buddha International Circuit, bet big on the mid-segment real estate market and launched massive residential projects.

By 2014, mounting debt and non-delivery of flats began to dent its image.

Homebuyers like Kewalramani are losing hope of an amicable solution.

He recalls how the troubles all began with alleged misappropriation of funds by the Jaypee Group management in the early 2010s.

According to a report by the Interim Resolution Professional and submitted to the Supreme Court, Jaypee took Rs 13,364 crore from homebuyers in booking amounts and part payments.

But with debts mounting at the group level, the management began questionable fund transfers between group entities.

In a petition, homebuyers allege that the group management transferred close to Rs 10,000 crore from JIL to its promoter Jaiprakash Associates (JAL) to repay bank loans and bonds.

They also allege that the Jaypee Group, which held over 5,000 acres of land along the Noida-Greater Noida and Yamuna Expressways, illegally transferred land parcels from JIL to its parent JAL, projecting it as a financial creditor.

While several such transactions are yet to be probed, last year the Supreme Court directed JAL to return a 758-acre tract to JIL.

According to the Allahabad bench of the National Company Law Tribunal, the land transfer was ‘fraudulent’ and ‘undervalued’.

The Jaypee group denied any siphoning off of funds from JIL.

Multiple layers of holding companies made it difficult to track related party transactions.

JAL itself is controlled by 61 promoter entities, with an unlisted Jaypee Infra Ventures holding the largest chunk – 28.3 per cent— in JAL.

Moreover, 51 individuals – mostly Gaur family members and friends – and over half a dozen trusts own the rest of 38.66 per cent promoter ownership.

By 2015, JAL’s total debt had soared to Rs 75,000 crore, making it one of the top 10 most indebted corporate groups in the country according to Credit Suisse.

For those who have followed the company’s fortunes, the exit of the group’s founder Jaiprakash Gaur coincided with Jaypee’s downfall.

From Bulandshahr in Western UP, Gaur was ranked among the top 50 richest Indians with a net worth exceeding $1.5 billion at the time of his retirement in 2010 from the helm of affairs.

Since then, however, the group’s fortunes have dwindled and rifts between its key promoters have put questions over its management.

The mounting debts pushed the group to sell off its assets.

According to Manoj Gaur, executive director, chairman and the CEO of JAL, the group’s asset selling spree began in 2012.

In 2015, it had to part ways with its two hydropower projects and cement units in six states.

While JSW Energy bought its hydropower assets at Rs 9,700 crore, UltraTech agreed to purchase its cement units at an enterprise value of Rs 16,500 crore.

However, family tensions continued, with Samir Gaur, one of Jaiprakash’s three sons and the one responsible for running Jaypee Sports which conducted the country’s first Formula One race in 2011, leaving the family empire a few years ago.

Last year, his brother Sunny resigned as the director of JAL.

According to sources, the brothers were not satisfied with the way the management handled the Enforcement Directorate and the Serious Frauds Investigation Office.

Following their departures, the eldest son Manoj holds the fort while the founder, now 90, stays on as a non-executive non-independent director on its board.

According to homebuyers, the entry of financial creditors and management and insolvency professionals in 2018 has made the road to resolution bumpier.

In the Committee of Creditors (CoC) the group of 21,781 homebuyers have 58 per cent voting rights and the rest are held by 13 banks.

While IDBI Bank leads the pack of financial creditors with their claim of Rs 9,783 crore, others such as the Life Insurance Corporation of India and India Infrastructure Finance Company have been admitted as key stakeholders.

To approve a bid, at least 66 per cent of votes need to be polled in favour, which means homebuyers need other voters like banks to vote in their favour.

According to Ashis Gupta, who represents the homebuyers, considering homebuyers and financial creditors at par is a major hindrance.

Since a section of financial creditors are interested in recovering their dues even through liquidation, their interests directly collide with those of the homebuyers.

“We can’t afford to let them liquidate. That is not an option. We want our homes,” said Gupta.

Kewalramani, who follows the proceedings closely said that while initially homebuyers had voted in favour of handing over charges to the state-owned realtor NBCC, they now oppose it.

“While with Jaypee, a 10 per cent cost escalation clause was put in the agreement, when NBCC came in, it raised it to 30 per cent.

“That is unacceptable. We made mistakes then as we did not read the fine print,” he said.

NBCC’s decision to take the matter to the National Company Law Tribunal has further angered many homebuyers as they fear it will delay the resolution.

Recently, the Supreme Court sent the Jaypee case back to the CoC and allowed the previous two bidders – NBCC and Suraksha Realty – to furnish a revised resolution plan.

This has stirred hope among the homebuyers who believe that, though it may delay the process again, it nonetheless offers them a second chance to rectify the past mistake of voting on a flawed proposal.

“Banks and the NBCC are bigger fish compared to us. The process has already got delayed and the 270 days deadline for the Corporate Insolvency Resolution Process has been breached many times over.

“But through the latest order, the Supreme Court has shown its sympathy towards homebuyers. I hope we won’t repeat past mistakes”, said Kewalramani.