Robert Reffkin is founder and CEO of Compass, a technology-powered real estate company. The opinions expressed in this commentary are his own.

While some people are saying that New York City is dead, I have full conviction that the future of New York is bright. I live here. I work here. I’m raising my family here. Like Jerry Seinfeld wrote in his op-ed earlier this week, I strongly believe that New York will be back.

I’m betting on New York City, and I even bought a home here — after Covid hit.

Yes, you read that right.
Home prices grew in 96% of metro areas in the second quarter of 2020, according to the National Association of Realtors.
There is a remarkable amount of sales growth for metropolitan areas in the middle of a global pandemic. Looking at our data on the number of home-purchase contracts signed from mid-July through mid-August, compared to the year prior, Los Angeles County is up 29%, Boston’s Suffolk County and Texas’ Dallas County are both up 49%, and Chicago’s Cook County is up 80%.
Now, it’s true that home sales in the nearby suburban counties have increased even more than these metropolitan areas, but that doesn’t change the fact that the cities themselves are still seeing a major surge in sales. And many of the suburban purchases we’re seeing are actually second homes, with the buyer keeping their city home as well.
This underscores how remarkable this downturn is: Most periods of spiking unemployment and economic stress lead people to move less, but this downturn has inspired many people to make a move.
Our New York City real estate agents at Compass are seeing increases in sales activity for two very different types of listings: those above $20 million and those below $2 million. This tells me that very wealthy and savvy investors are seeing an opportunity to make a big bet on New York, while people who previously could not afford to buy in the city are taking advantage of something that New York City has not had in a very, very long time: slightly more affordable housing prices.
Why are people moving to cities right now? Compass agents are hearing all the reasons that people always move: because the energy and vibrancy of a city is where they feel most at home, because they want to realize their professional dreams, because they’ve gotten married and want to move in together, because grandparents want to be closer to a new grandchild or any number of other reasons.
But during the pandemic there have been some new twists.
New homeowners can’t get closer than six feet to the millions of others who share their streets and neighborhoods. They may need more room to be able to work from home. They often rely on family members to lend a hand caring for children or the elderly.
Everyone is more aware of the inadequacies of their home right now than ever before. Shortly after the pandemic hit, we saw searches for single-family homes increase by 40%. People are asking themselves if they have enough indoor space, enough outdoor space, enough rooms and if they need a home office.
But having more space doesn’t necessarily mean moving to the suburbs — many buyers are upgrading within the city rather than leaving it. 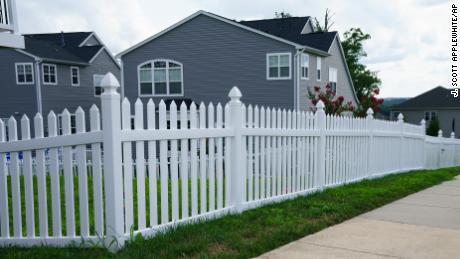 Surprisingly, some of the technology workers who could most easily leave a city are choosing instead to double down. Many of Compass’ 2,000 software engineers, marketers, designers and other employees, for example, are committing to live in major cities even though they’re still able to work from home.
Our head of operations, Molly Swagler, bought her first home last month in Washington, DC — with a spacious home office, of course. “Even though we’re all living through an extraordinary time right now, one thing isn’t changing: my love of this city,” Molly told me. “I know it’s where I want to be long term.”
José Cazares, a designer who works in our Seattle technology hub, just bought a place in the city as well. “Sure, the city feels different right now — but amidst all this change, it felt great to make a big decision with my partner and put down roots.” José said. “Plus, we were able to get more space than we’d originally been looking for and a mortgage rate that would have seemed unbelievable just six months ago.”
Personally, I’m so happy to be back home in the city I love. When the pandemic hit, I left New York City for several months to shelter-in-place upstate with my family. Now that the city has gotten the pandemic largely under control, my family and I moved back to Manhattan a month ago and we have fallen in love with the city all over again, even in its transformed state.

Families are beginning to venture out and small businesses are beginning to reopen, providing us with glimpses of the familiar. Everything that makes New York great is still here — Central Park, Broadway, the Met, MoMA and so much more — the city is simply waiting for the vaccine that we all know will eventually come.
New York feels very much alive. And I know the same is true in cities across our nation.
Source: Read Full Article