KEEP CALM AND CARRY ON: Nicolas Di Felice has a simple message for the New Year: “Courage.”

The creative director of Courrèges took out an ad on the back pages of French dailies Le Monde, Le Figaro and Libération on Monday consisting of the word “courage” written in the label’s signature font in black on a white backround. The brand name appeared in the lower right-hand corner of the page.

Courrèges also painted its message on two walls in the trendy Marais and Canal Saint Martin districts of Paris. The ads come as France remains in the grip of the coronavirus pandemic, with its nationwide vaccination campaign off to a slow start, and restaurants and bars set to remain closed beyond the Jan. 20 deadline initially announced. 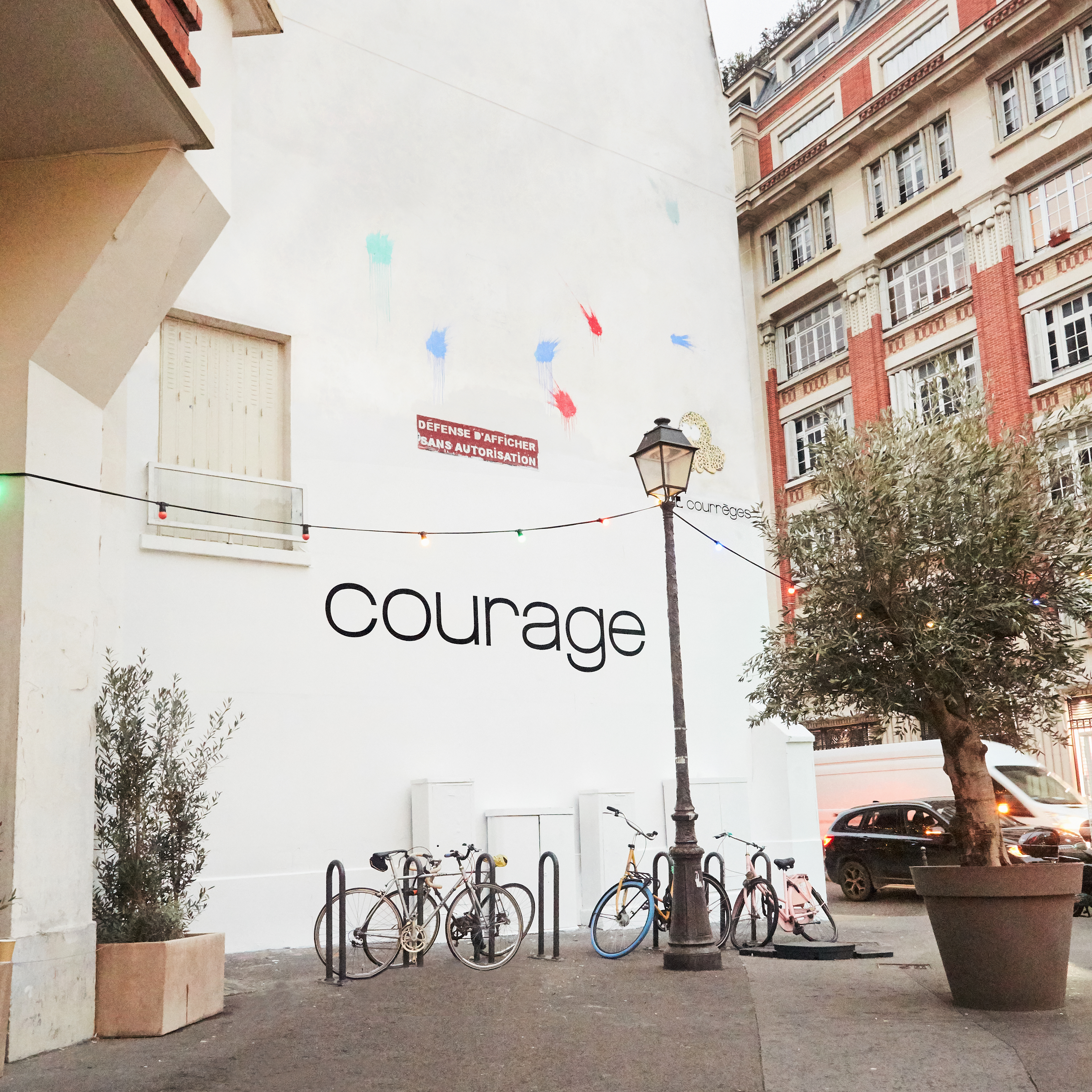 The Courrèges New Year’s advertisement on a wall in Paris. Courtesy of Courrèges

“Since its creation 60 years ago, optimism has been at the very heart of Courrèges. In 2021, we stand for hope and togetherness,” Courrèges said in a statement. “We wish you love and courage for this new year. We painted courage on blank spaces, and printed courage on blank pages for new beginnings, hopes and dreams,” it added.

Di Felice made his first statement since taking over as artistic director of the brand with a film last month showing the intimacy of people making out, including same-sex couples. Models — who were friends and couples in real life — were dressed in reedited house icons launched ahead of the designer’s first collection, set to bow in March.

The film and clothing laid the groundwork for the Space Age label’s broader reboot, along with the refurbishment of its Rue François Premier flagship in Paris.