Hundreds of thousands left unemployed by the coronavirus crisis are being promised help to get back into work.

The government said a new scheme, known as Job Entry Targeted Support (JETS), would be backed by a £238m investment and available to those left jobless for at least three months during the COVID-19 pandemic.

The Department for Work and Pensions (DWP) said jobseekers would have access to tailored, flexible support to quickly get back into employment including specialist advice on how people can move into growing sectors, as well as CV and interview coaching. 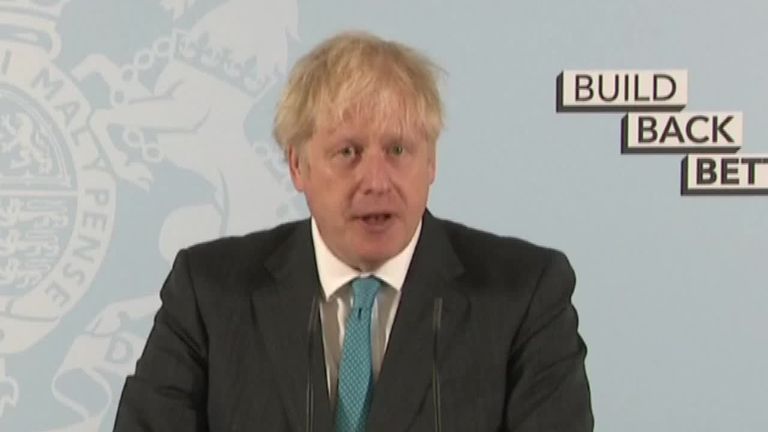 It said it was looking to hire an additional 13,500 work coaches to deliver the programme as it grows.

The scheme was launched against a backdrop of criticism that the successor to the furlough scheme – credited with saving millions of jobs – will only assist those back in the workplace on reduced hours.

The Job Support Scheme gets under way next month once the Job Retention Scheme concludes.

The Work and Pensions Secretary Therese Coffey told Sky News last week that her department was preparing to support up to four million unemployed by the year’s end though she hoped such a figure could be averted.

She said of the JETS scheme: “JETS will give recently unemployed people the helping hand they need to get back into work, boosting the prospects of more than a quarter of a million people across Britain.

Chancellor Rishi Sunak added: “Our unprecedented support has protected millions of livelihoods and businesses since the start of the pandemic, but I’ve always been clear that we can’t save every job.

“I’ve spoken about the damaging effects of being out of work, but through JETS we will provide fresh opportunities to those that have sadly lost their jobs, to ensure that nobody is left without hope.”

Labour said the scheme was too little too late.

Shadow work and pensions secretary Jonathan Reynolds said: “By the government’s own admission at least four million people could lose their jobs during the crisis.

“All it can muster in response are piecemeal schemes and meaningless slogans.

“This new scheme offers very little new support and relies on already overstretched work coaches on the ground, while many of the new work coaches promised have yet to materialise.

“It’s too little too late again from a government that simply can’t get a grip on this jobs crisis.”