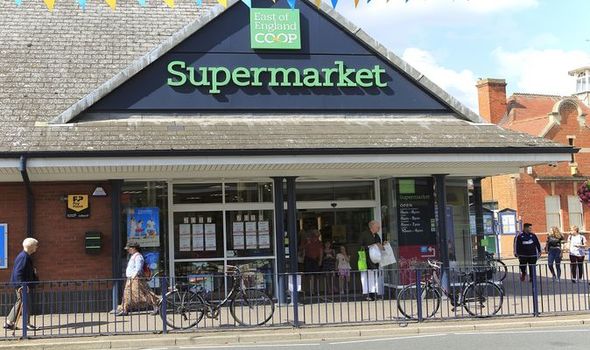 Initially available in Glasgow, the service will expand to other parts of the UK later this year and the two firms are aiming for nationwide coverage. But the GMB union, which represents Amazon warehouse workers, said Co-op customers would be shocked by the tie-up between the two companies, given concerns over the US online giant’s health and safety record and the low amount of tax it pays.

GMB spokesman Andy Prendergast said: “It’s really disappointing to see a company with a proud ethical heritage like Co-op teaming up with Amazon.”

He said: “We’re delighted to be working with Amazon. Its reach and leading technology and innovative approach means greater convenience for people.”

Co-op is also working with delivery robot firm Starship Technologies to increase the number of autonomous vehicles delivering groceries from 200 to 500 by the end of 2021.

Yesterday, the retailer said its pre-tax profits had fallen 38 per cent to £44million.

But fellow mutual John Lewis said its half-year pre-tax losses had fallen from £635million to £29million due to improved trading.

It was kept in the red by £98million of redundancy and store closure costs.