New York (CNN Business)Southwest agreed to buy 100 737 Max jets from Boeing, the largest order for the troubled jet since its grounding in 2019 following two fatal crashes.

The company also agreed to options for an additional 155 of the planes. The 100 firm orders tops the previous order for 75 of the planes placed by Irish discount carrier Ryanair (RYAAY) in December. United Airlines (UAL) also placed an order for 25 of the jets earlier this month.
It’s not only the largest order for the jet since the grounding — it’s also among the largest orders for the plane since Southwest placed the first-ever order for the jet in December 2011.

Southwest (LUV), which has never purchased any plane other than a 737 in its history, already owned more of the 737 Max planes than any other airline. And while pricing of jet purchases aren’t publicly disclosed, experts say Southwest likely paid bargain prices for these 100 jets. Boeing (BA) executives have said they were working to find buyers for some of 792 orders for the plane that were canceled since the grounding.

Southwest had firm orders for 281 of the jets before Monday’s announcement, including the planes of which it has already taken delivery. Including all its options Southwest could take delivery of more than 600 of the jets by 2031.

“Today’s commitment to the 737 Max solidifies our continued appreciation for the aircraft and confirms our plans to offer the Boeing 737 series of aircraft to our employees and customers for years to come,” said Southwest CEO Gary Kelly. “We are proud to continue our tradition of being the world’s largest operator of an all-Boeing fleet.”
During the grounding, Kelly had been critical of Boeing, saying in an interview on CNBC in 2019 that “we’re not happy about our situation.”
Later that year he said Southwest would consider placing orders with Boeing rival Airbus (EADSF), which would have been a massive blow to Boeing. But it was always a long shot that Southwest would make that change, as a major part of Southwest’s business model is centered around having only a single type of airplane to reduce the cost of pilot training and spare parts.
When the Covid-19 pandemic caused a plunge in demand for air travel and Southwest’s annual first loss in nearly 50 years, the airline reached an agreement with Boeing to delay deliveries some of the 737 Max planes it had ordered. 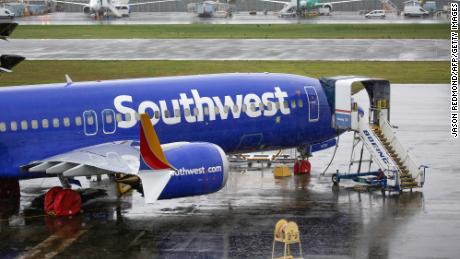 Southwest returned the plane to service on March 11. Airline executives had made clear they were eager to have the plane back in service.

“The Max is more reliable. It has a lower fuel burn. It’s quieter. It’s less expensive to maintain, and it’s our most comfortable aircraft from a customer perspective” Michael Van de Ven, chief operating officer of Southwest, told investors in January. “And it is a key component of our future.”
Southwest had 34 of the jets in its fleet when the grounding took place following two fatal crashes that killed 346 people. Since the Federal Aviation administration gave approval for the plane to fly again, Southwest has taken delivery of at least five of the jets that Boeing had built for the airline during the grounding but been unable to deliver. March deliveries have yet to be reported.
Source: Read Full Article