'Biggest trial of my life': Landlord says eviction moratorium has drained her savings

Jim Parrott is non-resident fellow at the Urban Institute and co-owner of Parrott Ryan Advisors, which provides strategic advice on housing finance issues. Some of his clients are companies that make and service mortgages. Laurie Goodman is a vice president at the Urban Institute and director of its Housing Finance Policy Center. The opinions expressed in this commentary are their own.

As the coronavirus shuttered much of the nation’s economy last year, policymakers imposed a moratorium on evictions and foreclosures to keep millions of families from losing their homes. As the nation’s lockdown dragged on, they extended both, with the eviction moratorium now set to expire this week on March 31st, but likely to be extended again, and the foreclosure moratorium set to expire at the end of June.

With six million families behind on their rent and three million behind on their mortgage, putting a freeze on evictions and foreclosures has undoubtably been the right move. The last thing the nation needs is to have millions of families lose their homes in the throes of a pandemic. But as we begin to see the light at the end of the tunnel for both the virus and the lockdown, we should be thinking about when these suspensions should come to an end.

The pandemic won’t be the end of movie theaters, but it will forever change them

After all, the foreclosure and eviction processes serve important functions, giving those who are putting up capital for housing — lenders and landlords — confidence that they will be paid for their investment, either by the current occupant or another. Without that confidence, they either won’t provide funding or will do so only at a premium high enough to cover their risk, leading to a dramatic increase in the cost of housing for everyone who rents a home or takes out a mortgage.

Given the cost, it is important that these moratoria go only as far as necessary to get struggling families to the other side of the economic chasm. That means keeping the moratoria in place long enough to give the economy time to stabilize and get the needed relief infrastructure into place, so that as many families as possible can afford their housing costs by the time they are forced to cover them again.
Fortunately, the economy appears poised to regain momentum later this summer, as the widespread distribution of the vaccine gradually allows commerce to open back up in earnest. The question, then, is when the relief for those struggling to cover their housing costs will be in position to help.

Struggling homeowners are currently provided up to eighteen months of forbearance. After their period of forbearance ends, those who can afford their old mortgage payment will pick it back up again, tacking the unpaid amount to the end of the mortgage; while those who can’t afford it will be offered a modified loan with a lower monthly payment. Congress has also appropriated $10 billion in mortgage payment relief, which will likely go towards deeper assistance for those for whom the existing relief isn’t enough. Only those homeowners unable to make ends meet under any of these options will lose their homes. And, of these, only those with little to no equity are likely to be forced into foreclosure or another form of distressed sale.
This relief infrastructure is largely in place today, with the only remaining piece the $10 billion of additional support from Congress, which should begin to fall into place in the coming months. This suggests that the foreclosure moratorium can be lifted by the end of the summer.
Given the absence of any comparable relief infrastructure for renters, the timeline for the eviction moratorium is more uncertain. Congress has appropriated roughly $46 billion to cover the back rent and utilities owed by struggling renters. The US Treasury has moved quickly to allocate the first $25 billion to the states, as required by statute, and appears well-positioned to allocate the remaining $21 billion in the months ahead. But the pace at which the states are getting funds to renters and landlords is uneven at best. While some states have set up simple and scalable processes to get the money out quickly, others have been slower to ramp up, often adding requirements that will seriously impede the pace of the allocation. 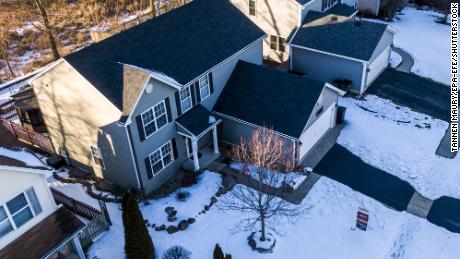 Given this uncertainty, in order to ensure that the eviction moratorium neither ends before renters have gotten the relief Congress has provided, nor drags on longer than necessary, policymakers should take an incremental approach. By extending the moratorium several months at a time, they can assess the pace at which renters are getting relief and set its expiration once they are comfortable that soon enough renters will have received relief to minimize the number of families who will be displaced unnecessarily.

If a significant number of states appear unable to get the relief to renters and landlords in a timely way, policymakers should consider lifting the moratorium only for a failure to pay prospective rent, not the back rent that Congress has committed to cover. This would allow policymakers to keep those in their current housing who will be able afford it once the relief arrives, and ease those who will not into housing they can afford.
There is an understandable inclination to extend the eviction and foreclosure moratoria indefinitely. After all, it is terrible to see families forced out of their homes, whatever the reason. But these moratoria are not free. The longer they drag on, the heavier their toll, driving up the already high cost of housing. It’s important to be thoughtful about when we end them, so that the moratoria function as a bridge to recovery instead of an impediment.
Source: Read Full Article