Home » Business » Beyond the protests, BP starts a new era – but how far does it go?

Beyond the protests, BP starts a new era – but how far does it go?

In a deal heralded as a “turning point” for the fossil fuels industry, oil giant BP has accepted that its plans for the future must now embrace the terms of the Paris climate change agreement.

A resolution, saying that the company must put the agreement at the heart of its future strategy, was passed with more than 99% of the votes.

BP’s chairman, Helge Lund, said a transition to a low-carbon economy was “in the best interests” of the company. 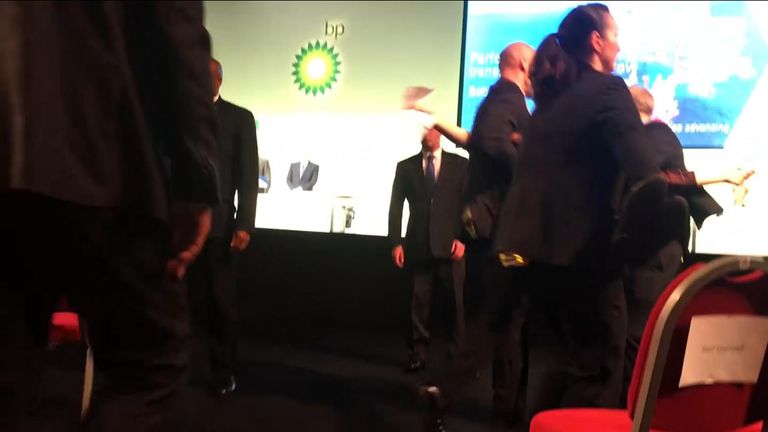 He also said that the company accepted scientific proof of climate change and now wanted to play “a leading role” in the global move away from fossil fuels.

But he added that BP needed to follow a “dual challenge” by meeting the world’s growing energy needs while also reducing greenhouse gas emissions.

Mr Lund was speaking at the company’s annual general meeting, held in Aberdeen.

Despite considerable security, with around 30 guards deployed into the exhibition centre where the meeting was held, it was still held up by a demonstration from climate change activists.

Around half-a-dozen protesters were removed from the meeting after setting off alarms and shouting “this is a crime scene”.

The expelled protesters then joined a demonstration outside the exhibition centre, shouting demands for “climate justice”. 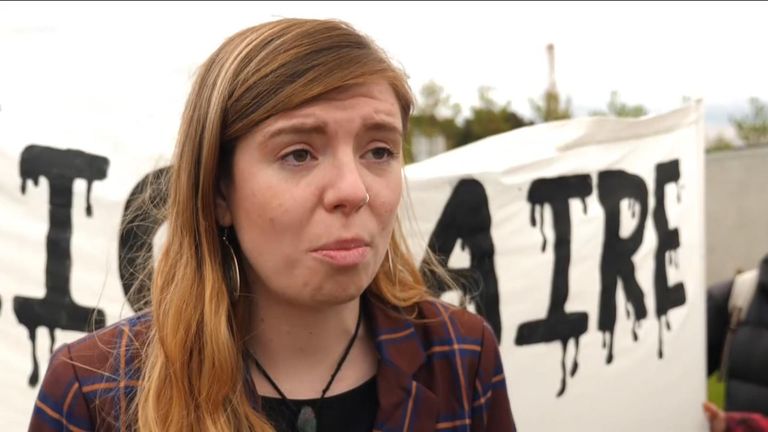 One of them, Kate Whitaker, told Sky News that “we don’t believe anything they say about climate change” and accused the company of “greenwashing” by making vague promises about environmental responsibility.

Mr Lund agreed that the world is “on an unsustainable path” but denied claims of “greenwashing”.

He told shareholders that climate change “is at the top of the agenda at every board meeting we have”.

After pausing to allow the protesters to be taken away, Mr Dudley went on to say that BP wanted to be “transparent about the future” and that it was “essential to retain the trust of shareholders”.

While the AGM was asked to approve a variety of resolutions, most of the time was spent on discussing just two – both related to climate change.

The first, which mandates BP to embrace the Paris agreement into its plans, was put forward by a group of institutional investors, backed by the company and received an overwhelming level of support.

However, a second resolution, which would have imposed much stricter controls on the firm, was rejected, even though a similar rule was recently adopted by BP’s great rival, Shell.

Most investors said this second resolution was too onerous and inflexible, although it was backed by more than 8% of shareholders – not a huge percentage, but certainly enough for BP to take it seriously.

“While 8% support may not sound like a lot, a lower level of support was enough to force Shell to U-turn on target-setting,” said Jeanne Martin from the shareholder activist group, ShareAction.

“There’s clearly an appetite for BP to set emissions reduction targets for its clients’ products, with some of BP’s largest investors already announcing that they would call for this if BP failed to deliver a Paris-consistent strategy in a year’s time.”

But there may also be a more profound point here – a demonstration that investors are turning away from companies if they don’t have a strategy that allies with international climate change legislation. 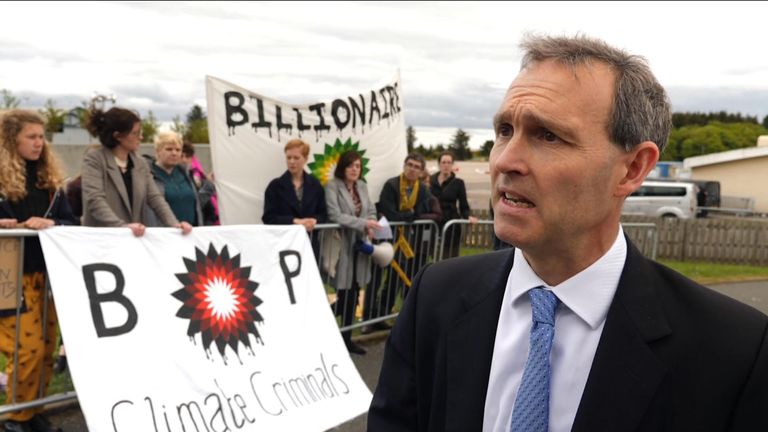 After all, the resolution that earned such support was put forward by some of the most familiar names in UK investing, including Aviva, Hermes and even the Church of England.

Bruce Duguid, head of stewardship at Hermes EOS, said: “We’re seeing rising concern in wider society, but also with investors, that investing consistently with the Paris goals is the only way to invest safely.

“Being able to deliver that strategy has gone from being part of the preparation to a transition to a low-carbon economy, to becoming a commitment to deliver it.”

The curiosity is that almost everyone at this AGM – protesters, investors and company officials – were saying roughly the same thing: that climate change is a threat that needs to be addressed; that the status quo is unacceptable.

All agreed that BP needs a new strategy – that the company needs to change.

The argument is about how far, and how fast.

Tesla without Musk at the wheel? It's what the SEC now wants

Rescuers search for the missing among the rubble in Florida Panhandle

The Latest: Tourism rocket ship takes off on test flight