Home » Business » Banks will boost payouts to shareholders after the Fed’s all-clear.

Banks will boost payouts to shareholders after the Fed’s all-clear.

The country’s biggest banks are ready to put more money in their shareholders’ pockets.

Several Wall Street banks announced plans on Monday to increase dividends and buy back their stock as the economy rebounds from the coronavirus pandemic.

The banks moved to return money to shareholders after passing the Federal Reserve’s annual stress test last week, which was the final hurdle to ending temporary restrictions on payouts that were put in place because of the pandemic.

JPMorgan Chase, the nation’s largest bank by assets, said it would increase its dividend to $1 a share starting in the third quarter, from the current 90 cents. Passing the Fed’s stress test cleared the way for JPMorgan to go ahead with a $30 billion share repurchase program announced in December.

“Banks continue to have strong capital levels,” JPMorgan’s chief executive, Jamie Dimon, said in a statement. “Our longstanding capital hierarchy remains the same — invest in and grow our market-leading businesses to support our clients, customers and communities, pay a sustainable dividend, and return any remaining excess capital to shareholders.” 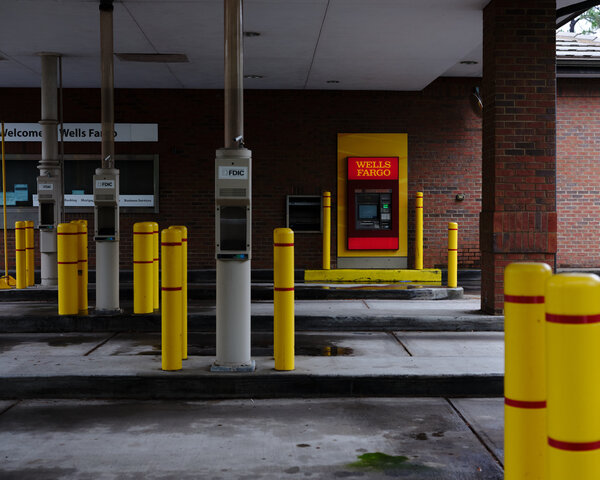 Wells Fargo’s announcement was notable because of the bank’s recent run of regulatory problems. “Since the Covid-19 pandemic began, we have built our financial strength,” said Charles W. Scharf, who took over the scandal-marred bank as chief executive a few months before the pandemic began. He called the increased dividend a “priority” for the bank and said he expected it to grow as Wells Fargo’s earnings increased.

Not all of the 23 banks that underwent the Fed’s stress tests planned to raise their dividend: Citigroup said its quarterly dividend would be unchanged.

U.S. lenders have been resilient during the pandemic, posting profits and stockpiling reserves in preparation for an onslaught of defaults that so far hasn’t emerged. Bank stocks have jumped about 28 percent since January as a quick vaccine rollout jump-started the economy. That firm footing means banks are “strongly positioned to support the ongoing recovery,” the Fed’s vice chair for supervision, Randal K. Quarles, said in a statement Thursday after large banks passed their stress tests.

In recent years, the Fed has sought to make the stress tests — put in place after the 2008 financial crisis — more transparent and predictable, but critics say the changes have in fact defanged them.

“I am concerned,” said Tim P. Clark, senior banking adviser at Better Markets, a nonprofit in Washington. The elimination of regulators’ ability to make qualitative assessments of banks’ governance “has probably already weakened the banking system by allowing banks to spend less time and money on their risk management and capital planning processes,” Mr. Clark said.

As part of the streamlining process, the central bank adopted a new framework for running the tests, called the stress capital buffer, just before the pandemic started. The framework requires banks to carry a minimum amount of capital plus an extra sum that depends on a bank’s specific needs to weather a crisis.

When the rule was made final in March 2020, the Fed governor Lael Brainard dissented, saying it gave “a green light for large banks to reduce their capital buffers materially, at a time when payouts have already exceeded earnings for several years on average.”