SHANGHAI (Reuters) – Share markets ticked slightly lower in early Asian trade on Friday as investors await a closely watched meeting between the Chinese and U.S. presidents in Argentina this weekend for signs of a trade war detente. 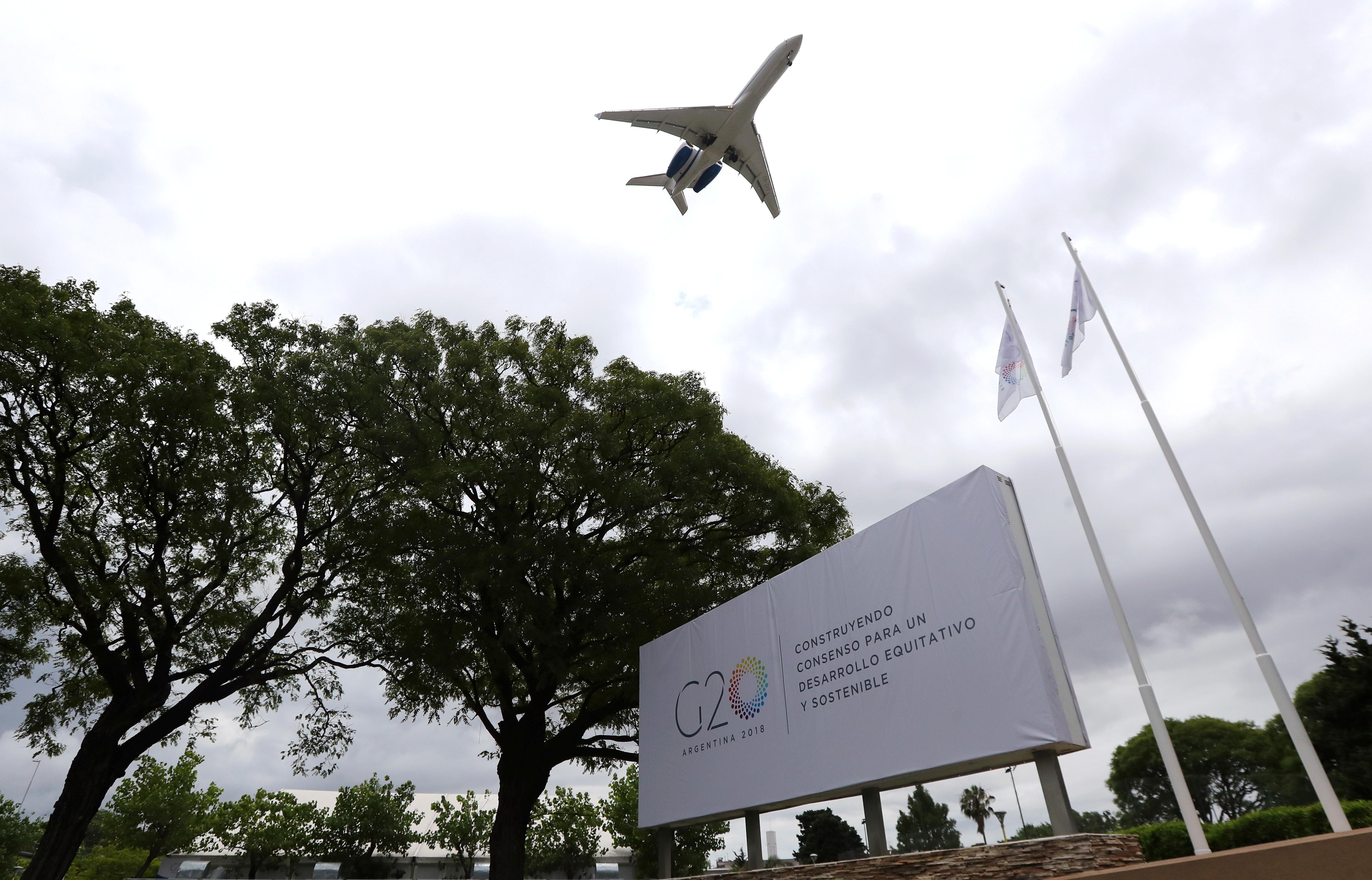 MSCI’s broadest index of Asia-Pacific shares outside Japan was down 0.1 percent. In Japan, the Nikkei was up 0.2 percent.

The mostly muted market moves followed a mixed day on Wall Street, where stocks swung between losses and gains to ultimately end lower, amid conflicting signals on the outlook for trade talks.

Investors are waiting for a meeting between Chinese President Xi Jinping and U.S. President Donald Trump, at which the leaders are expected to discuss the countries’ bruising trade war.

Adding to apprehension ahead of the weekend meeting were comments from a U.S. official, who said White House trade adviser Peter Navarro, who has advocated a tougher trade stance with China, would attend.

Mixed signals from Washington about the prospects for a rapprochement with China on trade have led many investors to sit on the sidelines.

“Rather than jump at headlines, the market has taken a laid-back approach and prices are treading water until we see the outcome,” analysts at National Australia Bank said in a morning note.

“They billed it as another transformational year, which fund managers think means profit growth is not going to be that good,” said William O’Loughlin, investment analyst at Rivkin Securities in Sydney.

Minutes of the latest Fed policy meeting showed that almost all officials agreed another interest rate increase was “likely to be warranted fairly soon,” but opened debate on when to pause further hikes and how to relay those plans to the public.

The minutes follow comments from Federal Chairman Jerome Powell earlier this week that some took as indicating a dovish shift.

The yield on two-year U.S. Treasury notes, seen as sensitive to expectations of higher Fed fund rates, was at 2.8066 percent on Friday, down from a U.S. close of 2.813 percent.

In commodities markets, U.S. crude prices retreated after rising on news that Russia is increasingly convinced it needs to reduce oil output along with the Organization of the Petroleum Exporting Countries (OPEC). OPEC and its allies are meeting in Vienna on Dec. 6-7.