The New York Yankees are hosting Boston for a four-game series, but this edition of the teams’ fierce rivalry has different stakes than usual.

Rather than win-loss records or the playoff race, the main focus this time will be whether Yankee slugger Aaron Judge sets a new American League record for home runs. And, to the consternation of media watchers and many Yankee fans, tonight’s series opener will only be available on Apple TV+, not on the YES Network or anywhere else on the linear TV dial.

Apple and Major League Baseball last March announced a multi-year deal for Friday Night Baseball, with the tech giant paying a reported $85 million per season for exclusive rights to stream the weekly showcase. Unlike the norm for Prime Video, Peacock, ESPN+ or other sports streamers, Apple isn’t requiring viewers to pay to see the games, as they would to watch Ted Lasso or its other original programming. But the free pass isn’t stopping Yankee fans from flooding local sports-talk radio and social media with their gripes about not being able to watch history on traditional TV.

With 60 home runs to date, Judge finds himself in the company of two legendary Yankees. He is tied with Babe Ruth’s 1927 tally and one behind American League record holder Roger Maris, the latter established when MLB teams played 154 games and the latter in 1961 after the league expanded to 162. Interest in Judge’s home run chase has transcended the New York market in recent weeks, recalling the frenzy in 1998 as Mark Maguire and Sammy Sosa fought a battle for the ages. That National League contest, of course, wound up with a major asterix after both players later admitted to having taken performance-enhancing drugs.

While regional sports networks are under stress, ratings on YES have surged during this rousing season for Judge and the division-leading Yankees. The formerly Fox-run network, which is now controlled by the team along with Amazon, Sinclair Broadcast Group and private equity investors, held talks with Apple about a potential swap that would allow it to air tonight’s game. One scenario even had them sending lead play-by-play announcer Michael Kay in to the Apple booth to deliver his signature “See ya!” call in the event of Home Run No. 61 or 62. Because of its commitment to growing a presence in live sports, and sensing the opportunity to use Judge as a lure for new viewers, Apple was not willing to budge.

YES does have rights to Saturday’s game, which could see the record, though ESPN will have exclusive rights to Sunday’s series finale. If the chase lingers into the weekend, rival networks will be contractually allowed to do live look-ins to show Judge’s at-bats as they happen, but the Apple deal precludes such a move tonight, barring any last-minute arrangements.

The hang-up recalls previous milestones in sports media, but those all happened within the confines of the cable box. In 2007, after initially planning to show a late-season game between the New York Giants and New England Patriots only on the then-niche NFL Network, the NFL shifted it to a national simulcast on NBC and CBS. When ESPN began airing NFL games in the 1980s, it was far from its current scale, a fact noted by the league ahead of Amazon’s exclusive Thursday Night Football streams. Plus, sometimes even the best-planned showcases go awry, as was the case last March when the much-hyped final home game for Duke men’s basketball coach Krzyzewski had to begin airing on ESPN2 because a different game ran long on ESPN.

Apple’s announcers for the Yankees-Red Sox game will be Stephen Nelson, Hunter Pence and Katie Nolan. Along with Apple’s other booth trio — Melanie Newman, Hannah Keyser and Chris Young — they have come in for criticism by viewers and some media types this season. Their selection by Apple signaled ambitions that differ from Amazon’s run at the NFL, which has focused on an effort to replicate the traditional broadcast TV model with big-name talent both in front of and behind the camera.

While the Yankees-Red Sox game won’t be on linear TV in the Bronx, it will be streamable not only across the U.S. but also in the UK, Canada, Australia, Brazil, Japan, Mexico, Puerto Rico and South Korea — key to the company’s global strategy. Friday night games have also offered Apple viewers a steadier diet of stats than most TV broadcasts along with high-definition cameras it deems to be “cinematic” and unorthodox commentary. Nolan, who became known for her comedic persona in prior stints at ESPN and NBC, told Sports Illustrated’s Jimmy Traina during a podcast last spring that she had “freaked out” during an April broadcast and fell silent because she feared “getting fired after one shift” on the new job. “I’m basically learning how to be in a booth while being in a booth,” she added.

One person with knowledge of the tangle among the media partners and MLB calls the situation “Apple’s worst nightmare,” as it has the potential to turn off would-be viewers in the kind of game with abundant appeal to casual fans.

“There is a boiling-over frustration of the consumer as more and more sports shift to streaming,” producer and former TV network exec Evan Shapiro told Deadline in an interview. “We’re going to reach a breaking point.”

It isn’t the first time Yankees fans have had to brush up on streaming basics in order to follow the game. (So nascent is the sports world’s migration into the cloud that the MLB Network was actually showing step-by-step instructions to viewers looking to sign up for Apple TV+.) Amazon’s financial investment in YES brought it 21 exclusive broadcasts over the course of this season, and there has been persistent grumbling about the level of consumer marketing the tech giant has put into that effort versus its all-out blitz for the NFL.

Apple, similarly, has taken a “build it and they will come” approach, in the view of many observers. Unlike Amazon, whose Prime subscription plan, Fire TV devices and other touchpoints offer a number of ways to reach viewers, Apple has a single-digit share of the connected-TV market through its Apple TV devices, and Apple TV+ remains a smaller-scale player among the top subscription streaming outlets. While no viewership numbers have been released by Amazon or Apple for baseball, the understanding among stakeholders is that audiences are likely a fraction of what YES pulls in, which earlier this week was 600,000 total viewers, peaking at 756,000, for a series against the Pittsburgh Pirates.

The Judge jam has even drawn the attention of New York Attorney General Letitia James, who pivoted to it just two days after filing a blockbuster lawsuit against Donald Trump and his family and company.

“To deny millions of New Yorkers, and fans around the nation, the opportunity to watch as Aaron Judge steps up to the plate, is wrong and unfair,” she said in a statement. “New Yorkers paid their cable bills expecting to see live sports programming. … I am calling on Apple and the MLB to reach a fair accommodation with the YES Network so that fans can watch what we all hope will be history made this evening.” 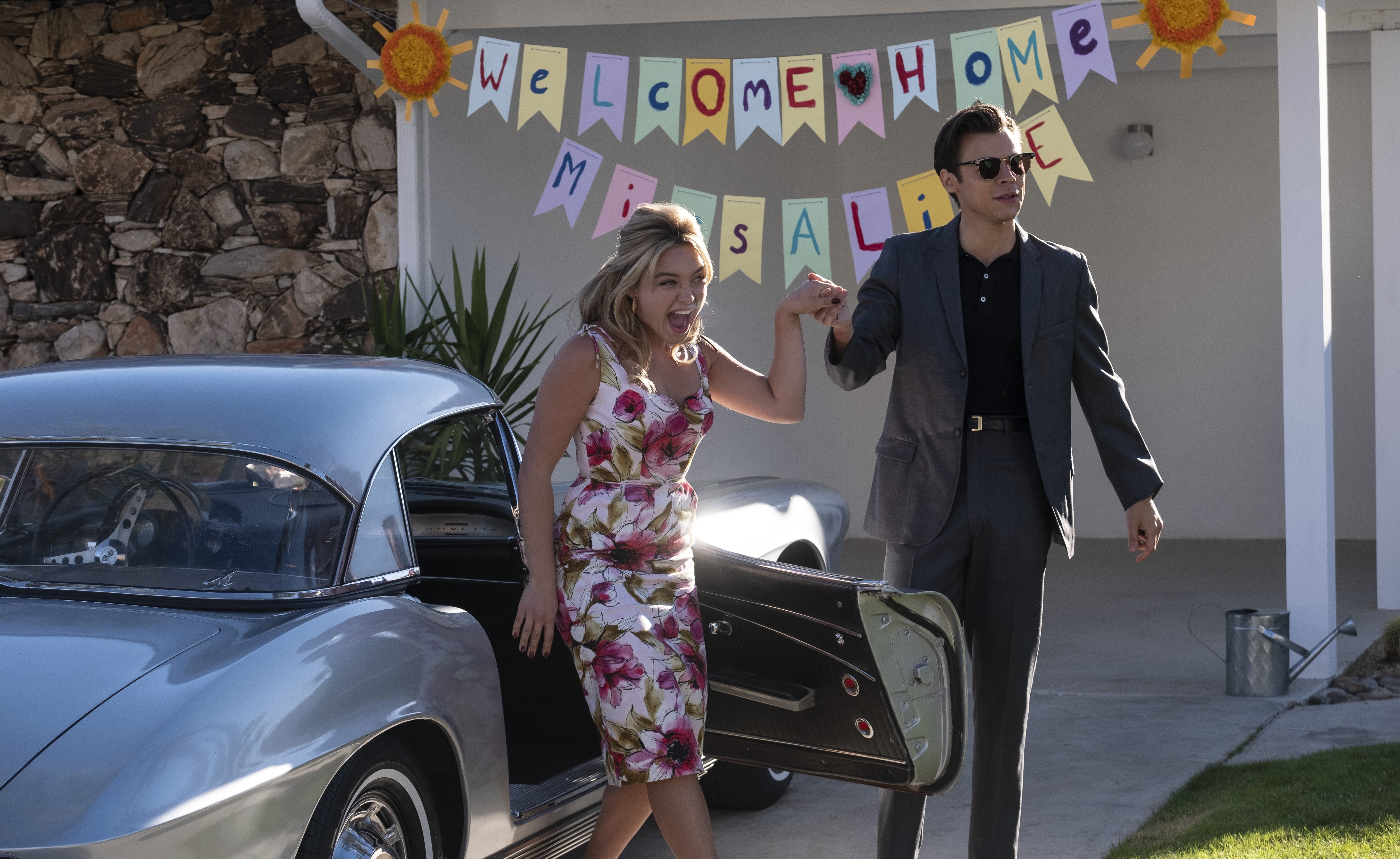 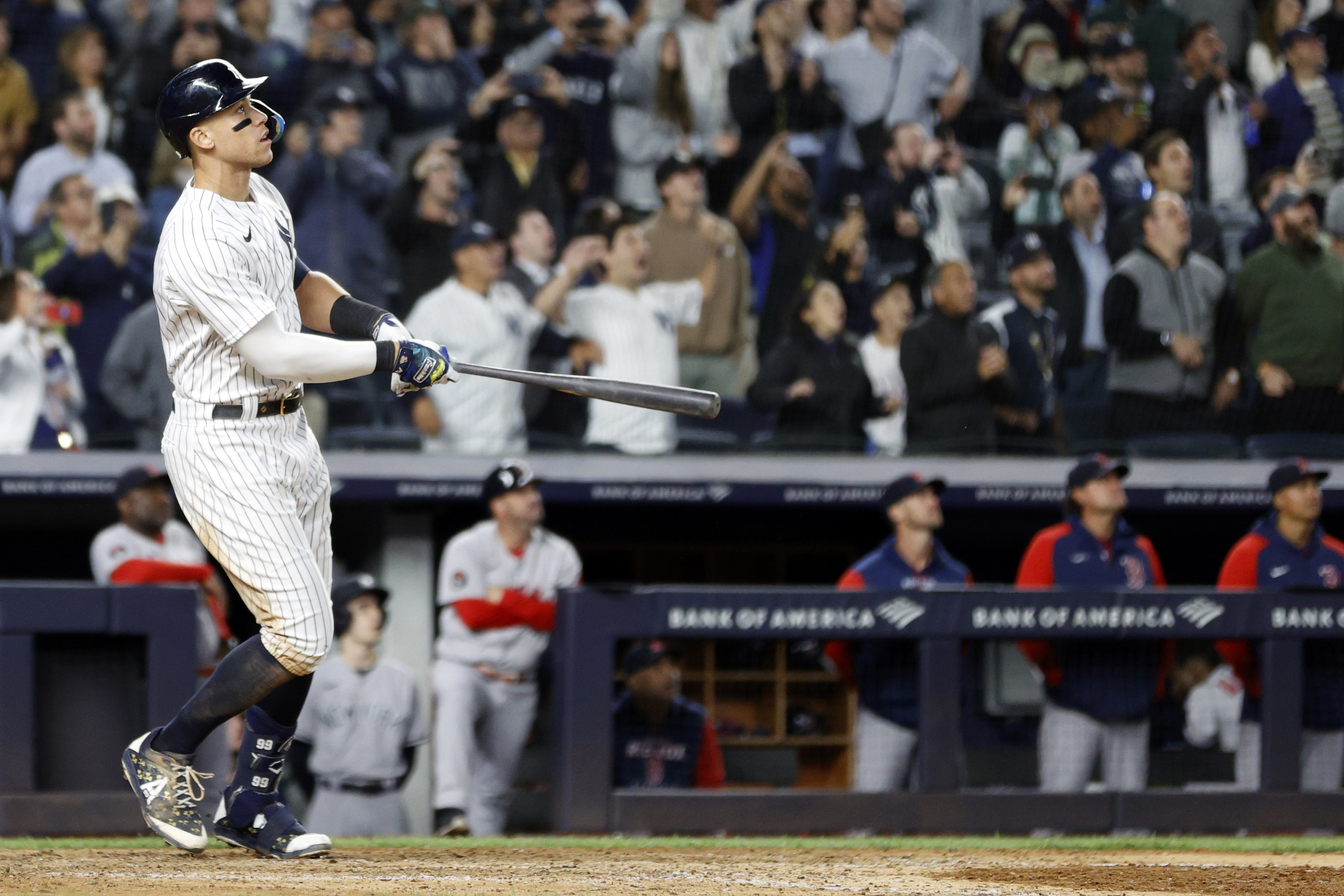