New York (CNN Business)It looks like most Goldman Sachs workers will be back in Lower Manhattan by mid-June, marking another milestone in the reopening of New York City and the broader economy from the Covid-19 pandemic.

Goldman Sachs (GS) is asking US employees who have not already returned to the office to be prepared to do so by June 14, according to a memo obtained by CNN Business that was sent to staff Tuesday.
“We are focused on progressing on our journey to gradually bring our people back together again, where it is safe to do so, and are now in a position to activate the next steps in our return to office strategy,” CEO David Solomon, president John Waldron and CFO Stephen Scherr wrote in the memo. 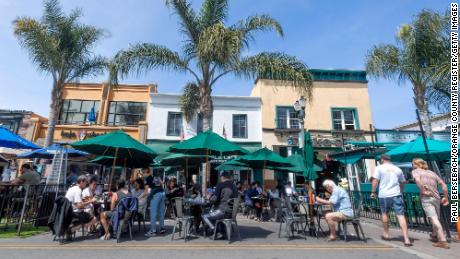 The memo also asks employees in the United Kingdom to make plans to return to the office by June 21.

The Goldman Sachs executives said they “continue to be encouraged by the rollout of vaccines” in many areas and the “effectiveness of the health and safety protocols we have put in place across Goldman Sachs campuses to protect our people.”

Goldman Sachs, whose headquarters is located near Wall Street in Lower Manhattan, expects to welcome nearly 5,400 interns and newly hired analysts and associates to its offices this summer in addition to the returning employees. News of the return to the office was previously reported by Bloomberg News.

JPMorgan workers expected back at the office by July

Working from the office does not appear to be mandatory. Goldman Sachs executives said they “remain committed to giving our people the flexibility they need to manage both their personal and professional lives.” Employees who are unable return to the office can discuss working arrangements with their manager.
Last week, JPMorgan Chase (JPM) announced it will open its US offices to all employees on May 17, subject to a 50% occupancy cap. JPMorgan executives told employees in a memo that by early July they expect all US-based employees will be in the office on a consistent rotational schedule subject to that same 50% cap.
As in other industries, Wall Street is grappling with high stress among employees brought on by the pandemic. 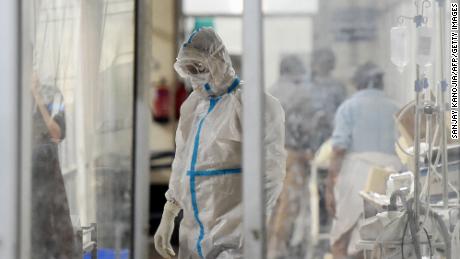 In March, a dozen junior analysts at Goldman Sachs detailed horror stories of sleeping five hours a night and enduring workplace abuse. CEO Solomon pledged to speed up the hiring of junior bankers and strengthen enforcement of the “Saturday rule” which says that junior staff shouldn’t be expected to be in the office between 9 pm Friday and 9 am Sunday.
Goldman Sachs says it gives employees a half-day of paid time off for each dose of Covid-19 vaccine they receive as well as family leave to accompany dependents who are getting vaccinated.
Although some employees may prefer to work remotely, many business leaders have emphasized the importance of in-person work.

“We know from experience that our culture of collaboration, innovation and apprenticeship thrives when our people come together,” the Goldman Sachs executives wrote.
Similarly, JPMorgan executives said: “We firmly believe that working together in person is important for our culture, clients, businesses and teams.”
Source: Read Full Article