New York (CNN Business)After mass shootings in Boulder and Atlanta that killed 18 people in the span of a single week, lawmakers are once again calling for stricter gun regulation in America. The gun industry is already preparing for a surge of sales.

“When you hear more calls for firearm restrictions, we have observed gun sale increases primarily from people buying before they’re not able to,” said Rob Southwick, founder of the market research firm Southwick Associates.
It’s too soon to know how the back-to-back shootings will affect sales of firearms, industry experts say. Reliable figures from federal background checks won’t be released until next month. But if history is any guide, gun dealers and manufacturers can expect a surge in demand. 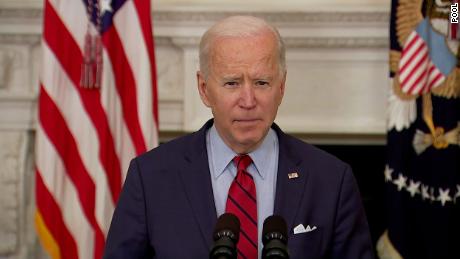 “I don’t need to wait another minute, let alone an hour, to take common-sense steps that will save lives in the future,” Biden said, listing a ban on assault weapons and high-capacity magazines, as well as strengthening the background check system by closing loopholes, as areas he would like to see Congress act.

The pattern of rising gun sales following mass shootings has held true regardless of which political party is in power: Fears of future restrictions prompt gun owners to stock up.
Gun sales surged in January 2013 in the weeks following the Sandy Hook Elementary school shooting that left 27 dead, most of them children. At the time, former President Barack Obama and Democrats in Congress pushed for stricter federal gun control measures that ultimately stalled in the US Senate.
Similarly, gun sellers said they were inundated with orders for bump stocks after the devices were used in the Las Vegas massacre that killed 58 people in October 2017.
Soon after that shooting, President Donald Trump vowed to outlaw bump stocks -— attachments that essentially allow shooters to fire semiautomatic rifles continuously with one pull of the trigger. At his direction, the Justice Department later banned bump stocks in the United States, despite objections from gun lobbies.
Firearms sales rose 12.6% year over year in February 2018 following the Marjory Stoneman Douglas High School massacre in Parkland, Florida, according to Bloomberg.
“It’s a longstanding pattern,” said David Kopel, an adjunct scholar at the Cato Institute, a libertarian think tank.
The firearms industry wants to hear the results of the investigation into the Boulder mass shooting before proposing solutions, said Mark Oliva, spokesperson for the National Shooting Sports Foundation, a gun industry trade group. 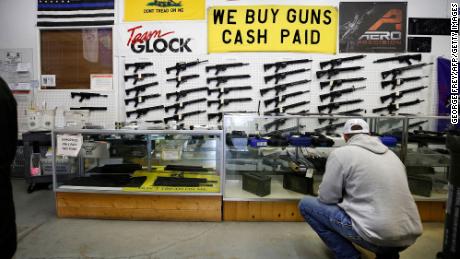 Oliva says gun manufacturers already have worked with government officials on a number of measures meant to prevent guns from getting into the wrong hands. He said the NSSF helped convince lawmakers in 16 states to include mental health records that would disqualify a customer from purchasing a firearm as part of each state’s mandatory gun background checks.

However, gun control advocates argue that mental illness is not a leading factor in gun violence, and the government must act to implement stricter laws that prevent shootings.
“We want the investigative process to go forward as it needs to,” Oliva told CNN Business. “We urge Congress and the White House to do the same.”
Source: Read Full Article