ALGIERS (Reuters) – The head of Algerian state oil firm Sonatrach has assembled a new leadership team, a senior company source said, aiming to reverse a flow of talent from an unwieldy state enterprise that keeps the country afloat.

The oil giant is an important source of energy for European states trying to reduce their dependence on Russia, and it funds a major part of the budget in a country where economic security helps prevent social turbulence.

Jobs at Sonatrach are plentiful and sought-after, but, on a global scale, pay is low and depends on time served.

“We have lost thousands of experienced and talented people mainly because we can’t give them a salary they get now in the Gulf and other countries,” Kaddour said in an interview in his 10th-floor office in Algiers.

The CEO, who came with his own team to help win back the trust of oil majors, has now chosen eight vice presidents from within the firm, the Sonatrach source said, declining to be named because the appointments have not been made public.

The source said they included experienced managers such as Salah Mekmouche for exploration and Arbi bey Slimane for pipe transportation, and what he said were “rising stars” Farid Ghazali, for strategy, and Ahmed Mazighi on commercial affairs.

“The appointments still need to be validated by a presidential decree but the top managers have already started,” the source said. Sonatrach and Kaddour were not immediately available to comment on the appointments.

Kaddour aims to make the firm one of the top five state oil companies by 2030.

In 2017, Algeria was ranked 18th in a U.S. Energy Information Administration list by output.

Empowering Kaddour to make far-reaching changes is part of efforts by Bouteflika, an army-backed former independence fighter in office since 1999, to overcome a slump in oil and gas exports by easing the grip of generals on economic matters.

Annual energy revenues have halved since 2014.

Bouteflika, who has not spoken in public since suffering a stroke in 2013, dismissed four senior generals in June, including police chief Abdelghani Hamel, a display of power over security services before elections next year.

It is part of a trend some outsiders have noticed.

“When you speak to a banker or to an economic operator now you can be sure that they no longer have someone telling them what to do, as used to be the case when the old guard was in charge,” a Western diplomat said. 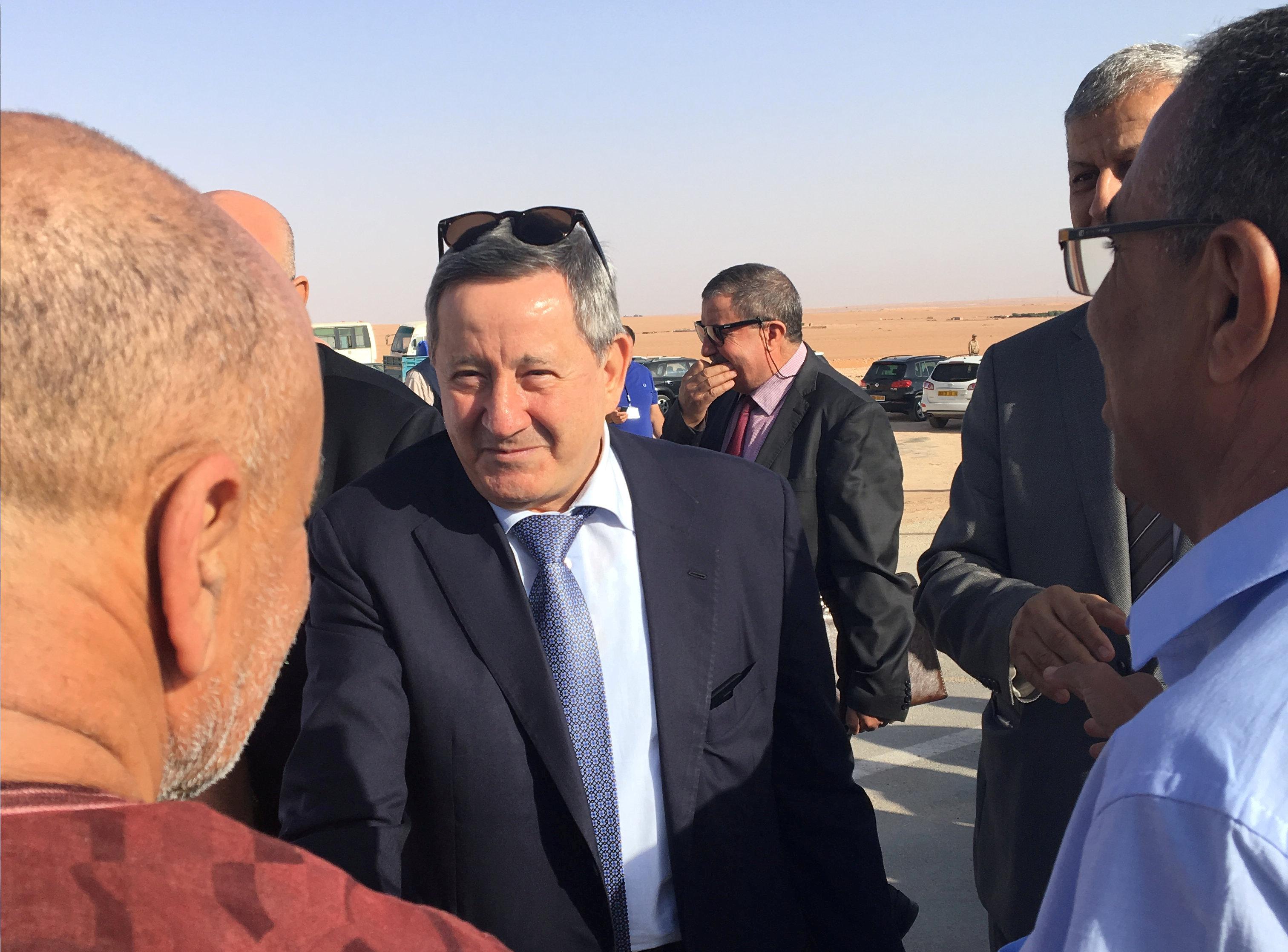 For a graphic on Algeria’s gas operations, click reut.rs/2Op6Xbv

Sonatrach holds the third biggest shale reserves in the world and has been talking to Exxon Mobil (XOM.N) and other firms about exploration to shore up energy export revenues, which make up 95 percent of total exports.

But such exploration requires specialist skills, and 10,000 engineers, drillers, reservoir specialists and others have left since 2010, said a manager at Sonatrach, a sprawling conglomerate with around 40,000 workers in its oil and gas division.

They have been encouraged by generous bonuses offered to state workers who resign to ease the burden on the budget.

Hundreds are already working in the Gulf, including Zahir Shikh, a senior reservoir engineer based there, and several sources said the exodus had accelerated this year as rising crude prices encouraged firms there and elsewhere to hire more.

“Friends and colleagues at Sonatrach call me on a daily basis seeking a position in the Gulf,” Shikh said by telephone. “(Monthly) Salaries here are between $5,000 to $15,000, while Sonatrach’s CEO salary is no more than $10,000.”

Kaddour, who spent much of his career in the U.S. as well as energy firms in the Gulf and Africa, plans education and training via a ‘Sonatrach Management Academy’ and will bring back retired workers to coach new recruits.

He is also seeking to introduce special rewards to retain bright people, working around a rigid salary structure which pays a bureaucrat like a deep-water drilling engineer.

Kaddour fears any outright wage increase for engineers might trigger wider protests after doctors and teachers went on strike for months this year demanding pay rises to match inflation.

A former energy minister said Sonatrach should expand its overseas activities to retain high performers — under the pay system such foreign jobs are paid better than local hires.

Sonatrach is present in its southern neighbor Niger and officials have said it is talking to Iraq and Libya about exploration and development contracts.

Kaddour’s success could hang on whether potential recruits think he can last in his post in a country where regular reshuffles signal shifts in a secretive elite made up of the ruling party, military, intelligence and tycoons.

Sonatrach has had ten CEOs in the past ten years; Kaddour himself served a jail term before he got the top job.

Bouteflika is expected to run for a fifth presidential term next year, but there are questions over his health. His last appearance, in April, was the first in some time, although allies say his mind is sharp and he remains in charge.