HILLSBORO, N.M. – For much of 2020, it was as though the pandemic raging across the globe never existed in this 144-year-old hamlet at the base of the Black Range mountains in southwest New Mexico.

At least that’s how it might have appeared to an outsider visiting from a big city.

The ZIP code home to Hillsboro and its neighboring communities of Kingston and Lake Valley has only four recorded cases of COVID-19. Vast stretches of open desert, ponderosa pine forest and unmotorized wilderness dwarf any human settlement.

But for the 250 or so people who call this historic mining area home, the pandemic stole a critical element of village life: communal gatherings. No Thanksgiving potluck. No Saturday night pickers circle. Limited socializing at the wine bar and café.

Then, in February, an out-of-state construction company caused an unwelcome scare that brought the community together sooner than anyone expected.

Coronavirus Watch newsletter: Sign up for daily updates right in their inbox In Hillsboro, you can drive from one end of town to the other at 25 miles an hour in less than three minutes. A lone unsaddled white horse stood hitched a few doors down from the post office for much of last summer. The area is populated mostly by retirees and ranchers. Its part-time residents include a former lieutenant governor.

A few miles west, the Federal Highway Administration is undertaking a roughly $4.7 million project to replace a couple of steel truss bridges that have stood on Highway 152 since 1929.

The contractor hired for the job stationed a 35-member work crew in an empty motel with a “for sale” sign in the center of Hillsboro. The team brought much-needed business to the town’s only restaurant, dining indoors when New Mexico gave the clearance to do so. Then at least one worker tested positive for COVID-19. 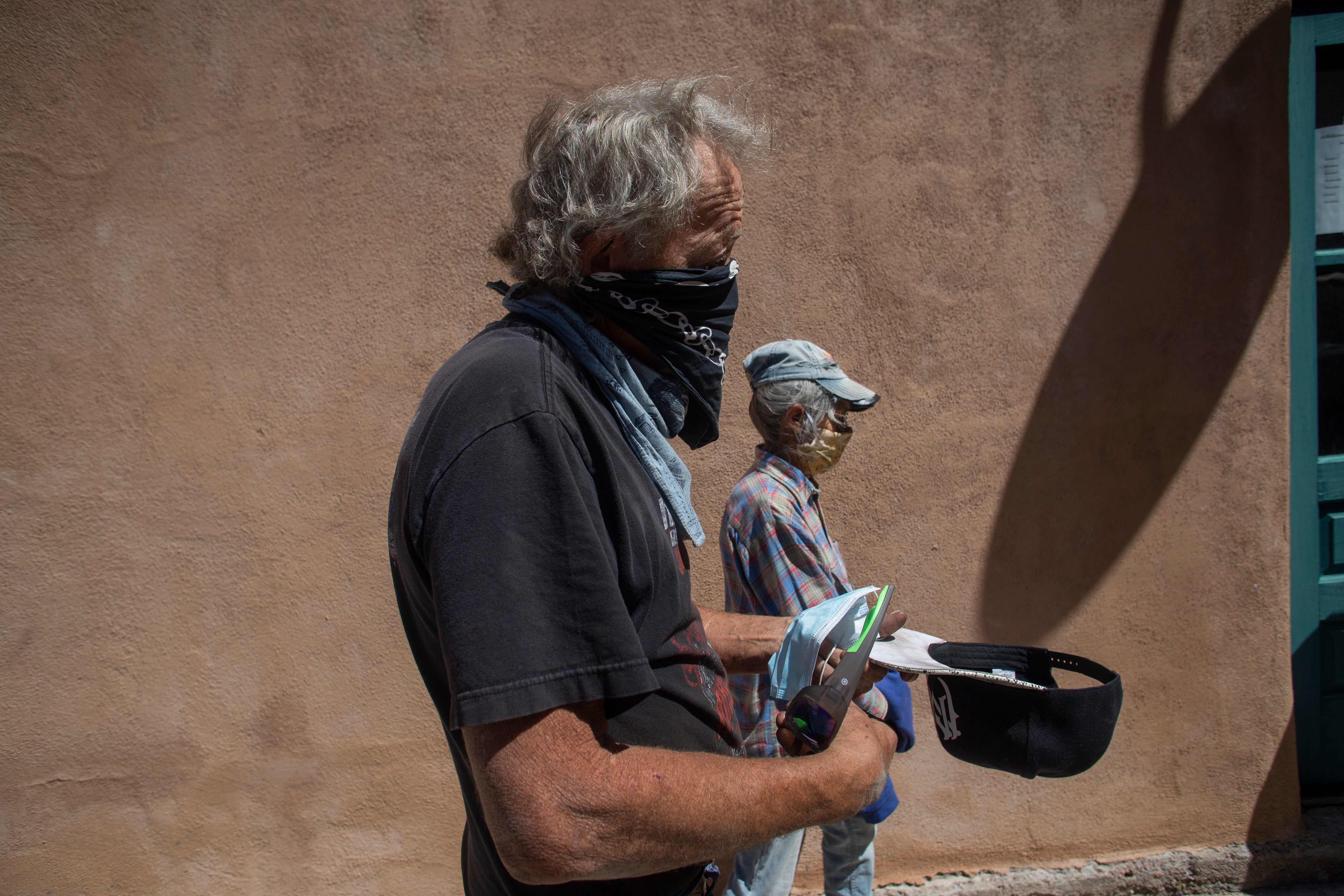 “The age of the community is such that if we got infection and community spread, we’d be stacking bodies like firewood,” said Ben Lewis, co-owner of the Hillsboro General Store Café. “The (construction crew) had been in the café and we’d been serving them.”

Lewis shut down the restaurant. He and the three other employees, including his wife, quarantined and got tested. When their results came back negative, they deep-cleaned the 142-year-old adobe building and reopened.

By then, word had spread and locals were concerned. Ted Caluwe, 72, a remodeling contractor who retired in Hillsboro a decade ago, decided to take action.

“I doubt that there’s more than a dozen people here under the age of 60,” Caluwe said. “I felt the risks were very high and so … I made a few phone calls.” With help from a state representative, Caluwe and his wife contacted the New Mexico Department of Health to schedule a mobile vaccination date in Hillsboro. It took a month for the department of health office in Socorro to secure 100 doses of the Johnson & Johnson vaccine.

The shots arrived in a large square blue cooler on March 26 along with a nurse and an administrator.

On that brilliant Friday morning, Caluwe stood at the entrance to the Hillsboro Community Center, his thick ivory handlebar mustache tucked behind a mask that said, “In this together.” He watched people line up outside, six feet apart, and let out a heavy sigh. In his quest to get the vaccine, he hadn’t stopped to consider the significance of the day.

“This is the biggest gathering we’ve had in a year,” he said. “It’s great to see all of my friends and neighbors here getting the shot and knowing that in a few weeks we can achieve at least a little degree of normalcy.”

The community center, which features a wood floor auditorium, a stage and thick copper-colored curtains, was once the first high school in Sierra County. It was built by El Paso’s famed Trost & Trost architectural firm, whose now historic buildings are scattered across the American Southwest.

Betty Wanek, 96, was vaccinated in Hillsboro, N.M., on March 26, 2021. Wanek was a ship welder and singer during and after World War II. Her two daughters Catherine Wanek (left) and Sherry Litasi (right) cared for her after her shot. (Photo: Omar Ornelas/ El Paso Times)

Her daughter, Sherri Litasi, rolled Wanek into the auditorium in a wheelchair. Long-distance travel is a challenge for Wanek, who suffered a concussion and a broken hip five years ago. In her youth, Wanek welded ships in San Francisco during World War II. After the war, she sang in USO dance bands for troops stationed in Japan.

Today, Wanek stays with her two daughters in Kingston nine miles up the road. From Kingston, the nearest hospital and major vaccination site is almost an hour away. Litasi, the oldest of Wanek’s six children, teared up after watching her mom get a shot.

“Today is so important,” Litasi said. “It’s a big relief for all of us. None of us wanted (our mom) to die of COVID and we’ve been very careful this last year. None of our siblings could come visit and grandkids and so on.”

When asked what she was looking forward to after getting immunized, Wanek laughed, “Not getting any bad things.” She continued in a slow, labored voice, “My children have all had their shots. And now they can come and visit.”