Home » A San Francisco family is moving to a dreamy pink house in Portugal. They've never even been to the country.

A San Francisco family is moving to a dreamy pink house in Portugal. They've never even been to the country.

LaDonna Witmer will visit Portugal for the first time in June. She has no return date.

Like so many other Bay Area residents, Witmer and her husband were motivated to reconsider where they wanted to raise their family when the pandemic struck last year. Over the summer, the pair had a frank conversation guided by a question that many Americans have asked themselves the past year: “What if we just don’t go back to any sort of normal?”

San Francisco is expensive, they reasoned, and they had been spinning on the Silicon Valley hamster wheel for decades. Could they find somewhere to live where their salaries went further? Where they could cut down on their hours to spend more time with their 10-year-old daughter?

They’d always wanted to live abroad, they said. Now could be the time to make the dream a reality.

In a couple months, the family — with their boxer-terrier mix, Vila, and South American parrot, FeeBea, in tow — plans to move roughly 5,680 miles from San Francisco to the seaside town of Setúbal, Portugal. The city, 30 miles south of Lisbon, is known for its sardines and muscatel wine.

They will live in a bright-pink four-bedroom home on a picturesque cobblestone street in Setúbal, just blocks from the waterfront, that they bought sight unseen for €230,000 ($277,600). 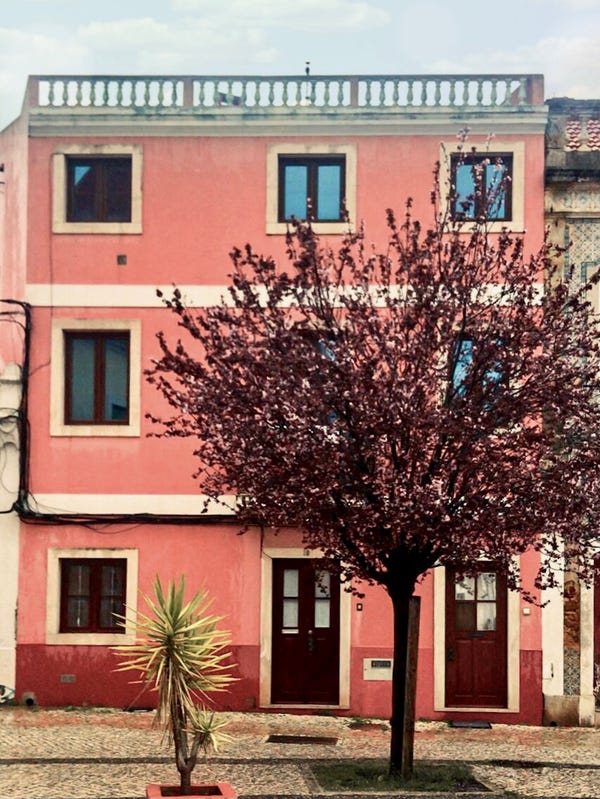 With the purchase, Witmer joins the growing ranks of Americans who bought properties before ever setting foot inside. A recent Redfin report found that more than half of US homebuyers last year — a whopping 63% — made offers on properties without ever laying eyes on them. In 2019, by comparison, just a third of buyers made sight-unseen offers.

Witmer’s purchase differs, of course, because it is abroad.

Setúbal’s relative affordability made it easier to take the plunge. Zillow calculates the median home value in San Francisco as $1.4 million. That’s more than five times what Witmer paid for the Portuguese hideaway. The stark contrast in housing markets was one driving force behind their decision to relocate abroad. They still own a home in San Francisco, which they are preparing to put on the market. They can expect a quick and fruitful sale: Homes are selling within a week and above asking price.

Still, the pandemic purchasing process abroad has hiccups. Deciding on Portugal as an expatriate base was easy, but finding a house while locked down on the other side of the world was not.

Witmer scoured Portuguese listing sites all of October and November. She crafted elaborate spreadsheets with potential options. She spent hours fooling around with Google Earth, trying to understand the placement of each property, learning the neighborhoods, and envisioning herself at the local bar and grocery store. After all, she’s never been to the area.

Witmer asked for advice from a real-estate agent friend, who connected her with a Keller Williams agent based outside of Lisbon. They developed a relationship, constantly emailing, WhatsApping, and Zooming as the agent toured properties on Witmer’s behalf.

In December 2020, after months of aggressively checking out properties, Witmer’s family settled on a house. They made an initial offer just before Christmas that was accepted in January. 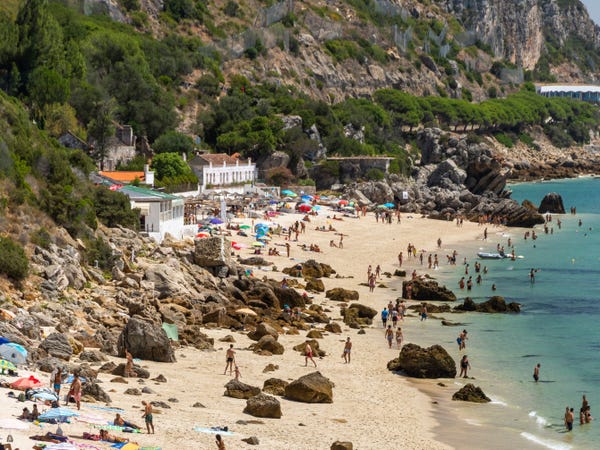 The next challenge was the paperwork. Securing visas amid a global pandemic as countries actively tried to keep out American visitors was no simple feat. Witmer described “hoops to jump through,” which included trying (and failing) to open a Portuguese bank account and physically posting pages upon pages of notarized documents, including background checks, by overnight mail only to have the shipments delayed by massive weather events like the snowstorms in Texas.

Witmer’s family closed on the home in the middle of February. There was a deed signing that they attended over Zoom at 3 a.m. It was elaborate: The seller appeared on the screen with “all these official people in suits” as the deed was read aloud. At one point, Witmer muted her microphone, leaned over to her husband of 20 years, and said: “I feel like we’re getting married.”

But despite the stress of tedious bureaucracy, the pomp of early-morning deed readings, and the anxiety of committing to a place she’d never been, Witmer is hopeful about the move. It helps that her father, an Illinois native approaching 80, affirmed her decision.

“If you don’t go,” she said he told her, “you would sit in San Francisco the rest of your life, wondering what would have happened.”