Home » Business » 3 reasons why investors should buy the stock market's dip after a Reddit-fueled short-squeeze rattled hedge funds, according to JPMorgan's quant guru

3 reasons why investors should buy the stock market's dip after a Reddit-fueled short-squeeze rattled hedge funds, according to JPMorgan's quant guru 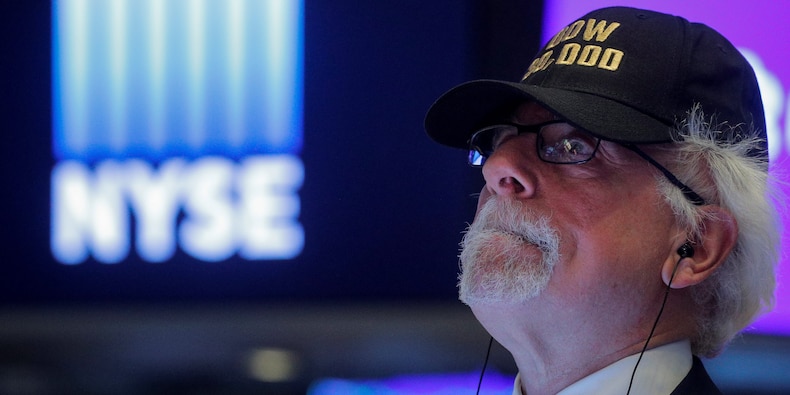 Investors should “buy the dip” in stocks following last week’s market decline of 3%, according to JPMorgan’s quant guru Marko Kolanovic.

In a note on Friday, Kolanovic said the volatility sparked by a Reddit-fueled short-squeeze in certain stocks that rattled hedge funds doesn’t change his outlook that stocks should continue their trend higher.

The damage to hedge funds was real, given Melvin Capital’s 53% drawdown for the first month of the year. The hedge fund was short GameStop amid a short-squeeze rally that sent shares higher by more than 2,000% in a month.

The epic surge in GameStop and AMC Entertainment led to hedge funds dumping their stock exposure at the fastest rate since 2009, according to a note from Goldman Sachs, which likely contributed to last week’s decline in stocks.

But any market-induced volatility driven by the repositioning of the long/short investment community “is a buying opportunity,” Kolanovic said.

Here are the 3 main reasons why investors should take advantage of the sell-off, according to JPMorgan.

1. “Equity positioning is low in a long-term historical context, and we expect it to increase.”

Expectations that the stock market will crash remain high, which has driven low equity positioning among both systematic and discretionary investment managers, according to the note.

“We expect the VIX to decline into the mid-to-high teens and positioning, accordingly, to increase from the ~30th to ~60th historical percentile,” Kolanovic said.

2. “We expect the COVID-19 pandemic to rapidly subside at the back of vaccines and population immunity.”

The pace of decline in new COVID-19 cases over the past two weeks is the highest on record in both the US and globally, Kolanovic highlighted. The rapid decline is being driven by large-scale vaccination programs, which should only accelerate from here.

“Given the estimation of natural immunity, current pace of vaccination, as well as other considerations, we expect the pandemic to effectively end in Q2,” Kolanovic said.

3. “We expect monetary and fiscal support to remain in place, driving consumption, global trade and demand for goods, and supporting higher inflation.”

Given the elevated unemployment rate and more than a decade of inflation running below the Fed’s targets, “central banks should remain accommodative,” Kolanovic said. Easy monetary and fiscal policy, combined with a reopened economy from the COVID-19 pandemic “should be positive for stocks and commodities and negative for bonds,” the note said.

Still, there are some risks to the market investors need to be made aware of, the note said, explaining that some segments of the market are “most likely in a bubble.” The bubbles have been driven by excessive speculation, in part driven by a surge in retail investing, Kolanovic said.

Segments that Kolanovic thinks are in a bubble include electric vehicle and solar power stocks, which have increased by 10-fold and 5-fold over the past year, respectively.

“To hedge this risk, one can short the market segments that fir the profile of a bubble and go long value and cyclical stocks that are expected to benefit from the COVID recovery and reopening,” Kolanovic advised.

Read more: Jefferies says these 20 heavily shorted and lightly traded stocks could see big jumps in the event of a GameStop-like squeeze